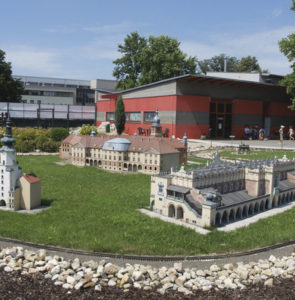 Miniuni – The World of Miniatures

The most famous world and Czech buildings right in the centre of Ostrava!

Miniuni – the World of Miniatures is most importantly an outdoor area in the centre of Ostrava, where you can see 34 models of significant international and domestic buildings such as the Eiffel Tower, the Old Town Hall, London’s Big Ben, the Seven Wonders of the Ancient World, the Leaning Tower of Pisa and others. The complex is crossed by rail road tracks with small trains. There is also an airport and a water area with a steamship. The models are built at a scale of 1:25. Since last year there has also been a new permanent exhibition called ‘In Rail Worker’s Steps’.

Every year Miniuni hosts a range of educational and entertaining programmes especially for children and their parents; for example a Children’s Day, a Day full of games, Weekend on a bike, school trips and Autumn creative workshops.